This article is about Lorelei, the legendary German siren. You may be looking for other characters named Lorelei.

Lorelei (aka Loreley) is legendary German siren (often depicted with a mermaid tail), who was created by Clemens Brentano in 1801.

The story went like that: A beautiful maiden named Lorelei who waited for her lover on a rock at the narrowest and shallowest point of the Rhine River. He never returned, so she jumped off the rock to her death. The legend is that her spirit remains at the rock, seeking revenge against her unfaithful lover. She sits on the rock, now named after her, combing her long hair and singing softly. Sailors are so enchanted by her beauty that they crash their ships into the rock or run aground in the shallow water.

Heinrich Heine created a poem of her in 1822. There are numerous translations, with different approaches and not always literal. This is Tr. Frank translation in 1998.

I cannot determine the meaning
Of sorrow that fills my breast:
A fable of old, through it streaming,
Allows my mind no rest.
The air is cool in the gloaming
And gently flows the Rhine.
The crest of the mountain is gleaming
In fading rays of sunshine.

The loveliest maiden is sitting
Up there, so wondrously fair;
Her golden jewelry is glist'ning;
She combs her golden hair.
She combs with a gilded comb, preening,
And sings a song, passing time.
It has a most wondrous, appealing
And pow'rful melodic rhyme.

The boatman aboard his small skiff, -
Enraptured with a wild ache,
Has no eye for the jagged cliff, -
His thoughts on the heights fear forsake.
I think that the waves will devour
Both boat and man, by and by,
And that, with her dulcet-voiced power
Was done by the Loreley. 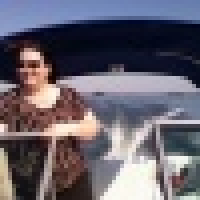