View source
This article is about Marina, the character from Zig and Sharko. You may be looking for other characters named Marina. 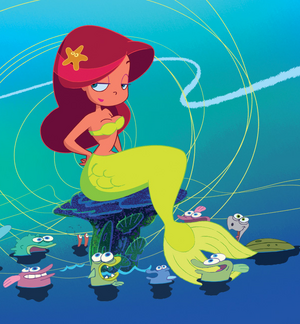 Marina is the daughter of Poseidon.

She a mermaid who spends her daytime sitting on a rock. Zig attempts to eat her and Sharko keeps Zig from doing so. Unlike other mermaids, Marina is able to walk on her tail on land without taking a Human Form.

She gets jealous of another mermaid who arrives to the same lagoon she is. They fight until Manic Mermaid is taken away by a fisherman.

Marina had a run-in with King Neptune who signed her with a record contract for her beautiful singing, but forced her to sign autographs even after her hands blistered. Neptune even locked marina in her room, but Marina escaped and ripped the contract in shreds. 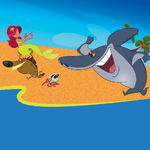 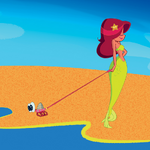