View source
watch 01:25
Jurassic World: Dominion Dominates Fandom Wikis - The Loop
Do you like this video?
Play Sound
This article is about Siren, the character from the TV-series Passions. You may be looking for other things named Siren.

Siren is a mermaid in a soap opera Passions. Siren is portrayed by actor Brandi Burkhardt, and by her stunt double Cassandra McCormick. The Costume is made by J&M Costumers. Siren appeared in 67 episodes in 2006.

Young witch Endora Lenox conjured Siren from a storybook in an attempt to have her come between Miguel Lopez-Fitzgerald and Kay Bennett developing relationship, as Kay was already engaged to Endora's half-brother Fox Crane. Once Siren rescued Miguel from drowning, she fell in love with him and tried to bed him to get him under the mermaid's curse. The curse would prevent Miguel to have sex with anyone else but Siren. When Kay found out about Siren's plans and tried to stop her, Siren slept with Fox instead as a revenge. Kay and Fox managed to get rid of the curse and when they revealed what Siren had done to Endora, Endora used her magic to turn Siren into a doll and placed her into a fishtank, which she then made disappear. 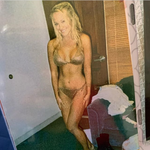 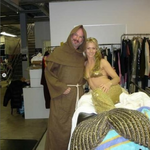